Menu
Study with us

CTET’s Scientific Advisory Committee is made up of prominent researchers and clinicians with lots of experience in connecting with industry. 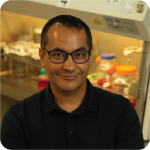 Ali Khademhosseini is currently the CEO and Founding Director of the Terasaki Institute for Biomedical Innovation. Previously, he was a Professor of Bioengineering, Chemical Engineering and Radiology at the University of California-Los Angeles (UCLA) where he also served as the Founding Director of the Center for Minimally Invasive Therapeutics at UCLA. He was also a former Researcher for Amazon Web Services (AWS) Inc. He joined UCLA as the Levi Knight Chair starting November 2017 from Harvard University where he was a Professor at the Harvard Medical School (HMS) and faculty at the Harvard-MIT’s Division of Health Sciences and Technology (HST), Brigham and Women’s Hospital (BWH) and as well as associate faculty at the Wyss Institute for Biologically Inspired Engineering. At Harvard University, he directed the Biomaterials Innovation Research Center (BIRC) a leading initiative in making engineered biomedical materials. He is recognized as a leader in combining micro- and nano-engineering approaches with advanced biomaterials for regenerative medicine applications. In particular, his laboratory has pioneered numerous technologies and materials for controlling the architecture and function of engineered vascularized tissues. 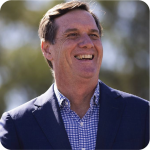 Associate Professor Anthony Lynham is a maxillofacial surgeon with a longstanding career in the specific area of maxillofacial trauma. Most recently in November 2020, he was appointed as a Clinical Director of the Jamieson Trauma Institute based out of the Royal Brisbane and Women’s Hospital (RBWH). Anthony’s contribution to the RBWH began as a surgeon where he became an inaugural member of the RBWH Trauma Service and now continues in his contribution to trauma with research at JTI. Anthony’s clinical research has been focussed at the Institute of Health and Biomedical Innovation at QUT, where he has had extensive collaboration with Professor Dietmar W. Hutmacher. Anthony has also served as a senior minister in the Queensland Government. He is now chair of Gladstone Ports Corporation and is also a board member of the Aboriginal and Torres Strait Islander Community Health Service. 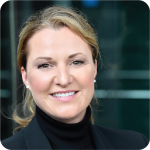 Katja Schenke-Layland graduated in 2004 in the area of heart valve tissue engineering and non-invasive imaging at the University of Jena. Afterwards she moved to the USA, where she first worked as a postdoc and later as an assistant professor in Los Angeles. From 2010, she took on various leadership positions in Germany at the Fraunhofer Institute for Interfacial Engineering and Biotechnology in Stuttgart, while also being an Associate Professor at UCLA in Los Angeles. 2011 she started her professorship in Medical Engineering and Regenerative Medicine at the Medical Faculty of the Eberhard Karls University in Tübingen. Since 2018, she has been the Director at the NMI Natural and Medical Sciences Institute in Reutlingen. 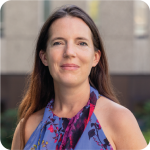 Professor Molly M. Stevens FREng FRS is Professor of Biomedical Materials and Regenerative Medicine and the Research Director for Biomedical Material Sciences in the Department of Materials, in the Department of Bioengineering and the Institute of Biomedical Engineering at Imperial College London. Professor Stevens’ multidisciplinary research balances the investigation of fundamental science with the development of technology to address some of the major healthcare challenges. Her work has been instrumental in elucidating the bio-material interfaces. She has created a broad portfolio of designer biomaterials for applications in disease diagnostics and regenerative medicine. Her substantial body of work influences research groups around the world with over 30 major awards for the groups research and Clarivate Analytics Highly Cited Researcher in Cross-Field research. Professor Stevens holds numerous leadership positions including Director of the UK Regenerative Medicine Platform “Smart Acellular Materials” Hub, Deputy Director of the EPSRC IRC in Early-Warning Sensing Systems for Infectious Diseases and has previously served as President of the Royal Society of Chemistry Division of Materials Chemistry. 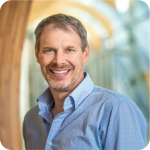 Hidden so the main is collapsed by default
Accordion Content
Peter Zandstra
Professor Peter Zandstra (PhD, FRSC, FCAHS, PEng) graduated with a B.Eng. degree from McGill University in Chemical Engineering, obtained his Ph.D. degree from the University of British Columbia in Chemical Engineering and Biotechnology, and continued his research training as a Post-Doctoral Fellow in Bioengineering at the Massachusetts Institute of Technology.  Professor Zandstra’s research focuses on understanding how functional tissue forms from stem cells, and how this information can be applied to design of novel therapeutic technologies based on living cells. He has received significant recognition for his activities. He is the Canada Research Chair in Stem Cell Bioengineering (Tier 1) and is a recipient of a number of awards and fellowships including the Premiers Research Excellence Award (2002), the E.W.R. Steacie Memorial Fellowship (2006), the John Simon Guggenheim Memorial Foundation Fellowship (2007), and the Till and McCulloch Award (2013). Professor Zandstra is a fellow of the Royal Society of Canada (Engineering), the Canadian Academy of Health Sciences, the American Institute for Medical and Biological Engineering and the American Association for the Advancement of Science. In addition to his academic roles, Professor Zandstra has been involved in founding a number of biotechnology companies, including ExCellThera and Notch Therapeutics, and he was recently appointed to the Order of Canada for his significant contributions to stem cell bioengineering and regenerative medicine.